WHAT YOU WILL LEARN

Mobile applications have impacted every facet of our lives. They help us order food, arrange our finances, conduct our business, and meet new people.

Simply put, apps have made our lives easier in so many respects.

Given the usefulness of apps, you shouldn’t be surprised to learn that a report by Statista found the number of apps from leading app stores to be around 6 million.

Looking just at the top two biggest ones, Google’s Play Store offers its users around 2.87 million apps, while the iOS app store has around 1.96 applications on hand.

And, if this wasn’t enough to convince you of how competitive the app space is, you might like to know that around 3739 applications are added to Google’s Play Store daily.

This means that more than 25,000 applications are added weekly, culminating in more than 100,000 apps per month.

To make matters worse, even though the first half of 2020 witnessed more than 71.5 billion apps downloads, a report by comScore has found that the average user doesn’t download any new applications in a given month.

So, does this mean that new app developers are doomed to failure?

It just means that developers have to be smart and strategic. They also have to use every resource at their disposal, including ASO.

While SEO is how you make your website more visible to search engines and increase your site’s ranking in the search results, ASO refers to the way you optimise your app’s listing to make it more visible and rank higher in app stores.

As a matter of fact, ASO and SEO share several similarities.

For instance, they both revolve around organic traffic from search results. They also depend on the proper use of keywords, as we will see soon.

Nevertheless, the main difference between ASO and SEO is that ASO focuses on app stores, while SEO optimises for search engines.

This means that each strategy has to account for the differences in user behaviour when using an app store, as opposed to using a search engine.

What Factors Matter in ASO?

Unlike with the search engine space, which is dominated by a single behemoth, Google, there are a few app stores out there.

The biggest one is the Google Play Store. The iOS App Store is the second largest, with the Windows Store and the Amazon Appstore coming in at third and fourth place, respectively.

For the sake of simplicity, we will focus on only the two largest platforms: the Google Play Store and the iOS App Store are each larger than the Windows Store and the Amazon Appstore combined.

Obviously, the Google Play Store and the iOS App Store are two different platforms, which means that they will rank the apps differently, each platform using its own proprietary algorithm.

Additionally, each platform has been known to keep a lid on how they rank apps, which means that we can’t know anything for certain.

However, based on how these platforms behave, there are a few factors that have been observed to have an effect.

Let’s look at some factors that matter on both platforms.

The Number of Downloads

The marketing company Fiksu found that the most important criterion for app stores when ranking applications was the number of times an app was downloaded.

Popular now
Power Words That Will Boost Your Traffic and Conversions

It’s sort of like a virtuous circle: the more app downloads you have, the more you get.

And, although getting more app downloads is easier said than done, you can try to compliment your ASO efforts with additional tools, such as growth hacking.

How fast your app is downloaded, i.e., download velocity is another factor that app stores take into account.

Simply put, the faster your app downloads, the higher you will rank in app stores.

App stores rely on other users to judge your app. This is why they look at the number of downloads: it indicates overall interest.

App stores also look at what users actually have to say about their experience with an application, which is where ratings and reviews come into play.

A third way to judge user experience is to look at the number of uninstalls.

When someone uninstalls your app, they either didn’t find it useful or were disappointed by what they saw. In either scenario, this is an indication of poor user experience.

Just like SEO, keywords play an important part in ASO. They act as a link between search queries and the app results that show up.

After all, very rarely will anyone look for your app specifically.

Instead, most people will search for an app that performs a specific function and then pick one of the choices displayed by the app store.

For starters, apps with bugs and poor UI’s always lead to bad user experiences, and we know how those can be detrimental to an app’s ranking.

However, app stores also judge apps based on how much maintenance the developers do and how many updates they routinely provide.

The premise here is that developers who consistently release new updates and maintain their apps are bound to offer better apps than those who fail to do this.

How to Optimise Your App With ASO?

While some of the factors mentioned above might be out of your control, there are others that you can control even though you might not expect it.

For instance, you can reduce the number of uninstalls by improving the description of your application and making sure that there is nothing misleading there.

In this sense, you should be aware of an important distinction: that between on-metadata and off-metadata factors.

On-metadata involves the factors and elements that are completely under your control as a developer.

These elements include the app name, the descriptions, the icons, the screenshots, and so on.

Conversely, off-metadata is used to refer to elements that, while not in a developer’s control, can be influenced by them nonetheless.

What Elements Do You Control 100 Percent?

Here are some important on-metadata factors at the Google Play Store:

Alternatively, here are some of the on-metadata factors for iOS app stores:

You’ll notice that there are several similarities between both platforms, as well as a few differences.

Now, a successful ASO strategy will incorporate both on-metadata and off-metadata. It will also use every tactic and technique possible to sway these elements in its favour.

However, before discussing specific tactics and tips, let’s step back and take a bird’s eye view at the optimisation strategy you should adopt.

Rather than looking at a step-by-step play, let’s discuss the broad strokes that need to be present in any successful ASO strategy.

The first thing you should do is to study your target market and observe your potential consumers closely. You also want to know who your competitors are and what strategies they are using to attract those consumers.

After all, ASO is all about reaching your target audience and outranking the competition.

This becomes all the more pertinent when you consider that more than 63 percent of people discover apps for the first time by just browsing through the app store.

Market research will prove pivotal in everything you do later on.

When selecting your keywords, you need to know which keywords are relevant and even hot for your niche.

Similarly, when creating a promo video, you want to know why people would want to use your app and then reflect those benefits in your video.

In fact, a big reason for creating an app in the first place is that there is sufficient market research to justify the investment.

No matter what strategy you implement, the results will rarely match perfectly with what you had in mind. This is why A/B testing is so important.

You want to experiment with every on-metadata factor as much as you can.

The idea is to try different variants of the same element and see which works best. In other words, you should try different graphics, different icons, and so on, to see what your audience prefers.

As an app developer, it’s not enough for you to outrank the competition; you also want to convert your visitors and to convince them to download your application.

Thus, no ASO strategy is complete without a clear path to conversion.

Increasing your conversion rates will only improve your ranking, creating that virtuous circle we talked about earlier.

Whatever strategy you choose, you need to monitor the results and keep a watchful eye on your KPIs.

This will make it easy for you to spot a problem as soon as it rears its ugly head and nip it in the bud before it escalates.

You can use the app store analytics for this purpose.

It is worth noting that tracking and monitoring is a bit different than A/B testing.

A/B testing is about figuring out which elements work best for your niche, but tracking and monitoring help you judge your ASO and conversion strategy as a whole.

Tactics and Tips to Stay Ahead of the Game

Having covered the lay of the land, we can now take a more granular look at ASO and discuss a couple of specific tips you ought to keep in mind.

How to Use Keywords

Keywords are one of the main ways app stores can figure out what your application does, which in turn allows them to return relevant results to users browsing through them.

Now, there are two parts to using keywords: identifying them and placing them strategically in your app listing.

When looking for keywords, you should focus on three factors: relevancy, competitiveness, and search volume.

Relevancy judges how likely it is that your target niche will use a certain keyword to find an app.

Competitiveness looks at how many other companies and apps are vying for the same keyword, and this is where the concept of long-tail keywords comes into play.

Finally, search volume is a measure of how many people look up the keyword in question.

Where Do You Place the Keywords?

Well, you place them anywhere you can. Obviously, this means sprinkling your keywords in the app description. If you can also place them in the title, that’s great.

It is worth pointing out that Google Play and iOS App stores handle keywords differently.

For one thing, the iOS App Store will give you a dedicated field consisting of one hundred characters where you can place your keywords.

Conversely, the Google Play Store doesn’t have a designated area for your keywords but allows the description to be searchable.

How to Write a Description of the App

You want your app’s description to be engaging yet relevant. This is important because engaging descriptions drive conversions, whereas relevant descriptions reduce the number of uninstalls.

To that end, you should make the app’s description informative, succinct, and lively. So, use simple words, naturally flowing prose, and follow the common elements of good writing.

Here are a few questions your description should answer:

Concerning the cost, you need to be as transparent as possible. Any hidden fees or surprise charges are bound to turn some of your users, and we’re trying to avoid that, aren’t we?

Even When the Work Is Done, It’s Never Done

ASO is an ongoing strategy that never ends. For example, keywords change, and you need to stay on top of the shifting tides.

Additionally, once you’ve finished the app listing in English, you will often need to start all over again but in a different language, which is known as app localisation.

Not everyone will look for your app in English, and the only way you can serve a global community is to speak their language.

However, if you keep the tips we’ve listed in mind, you will increase your chances of success. 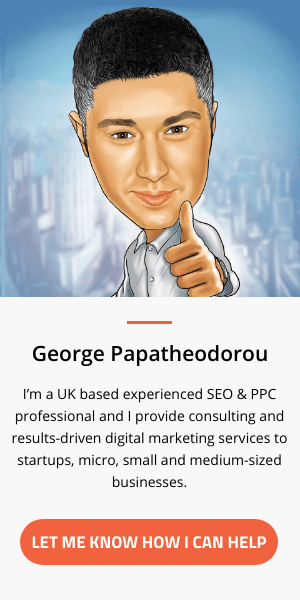